What a job…car park, pitch levelled and walking track completed.

As the Chairman of the Club, I can wholeheartedly and without any hesitation whatsoever recommend Dar Golf Construction, Hudson Brothers & Darcy Groundworks.

Dar Golf were awarded the contract to level the entire site and construct the walking track.  The results are beyond any expectations the committee and the community of Manor Kilbride had envisaged.  An Incredible Job.

Today at 6.30AM Dar Golf arrived to spread the final load of stone on the car park and that wrapped up this phase of development.  Their consummate professionalism showed no boundaries and they bent over backwards to ensure the Club were happy.  I would like to personally thank Brian D’Arcy in particular, a true professional.

And to Hudson Brothers who delivered over 40 loads of stone throughout the past couple of years and to both Peter and Tommy who were always on hand to deliver at short notice. Without their quick response we would have been in awful bother. They provided a first class service to this community focused project.

At the early stage of the development, none of the recent results would have been possible without the incredible job by Darcy Groundworks, Alan, Jack and the team helped others in the community to realise the potential in the site and without their initial work on the site none of the recent work would have been possible.  Thanks to Alan, Jack and the lads.

There are so many people to thank, it is difficult to know where to start, even this week Max Breen, Conor O’Toole, Conor Hendricks and John Jones have all helped out.  Not to mention the financial and consultation services offered by countless people in Manor Kilbride and beyond.

Thank you too all, 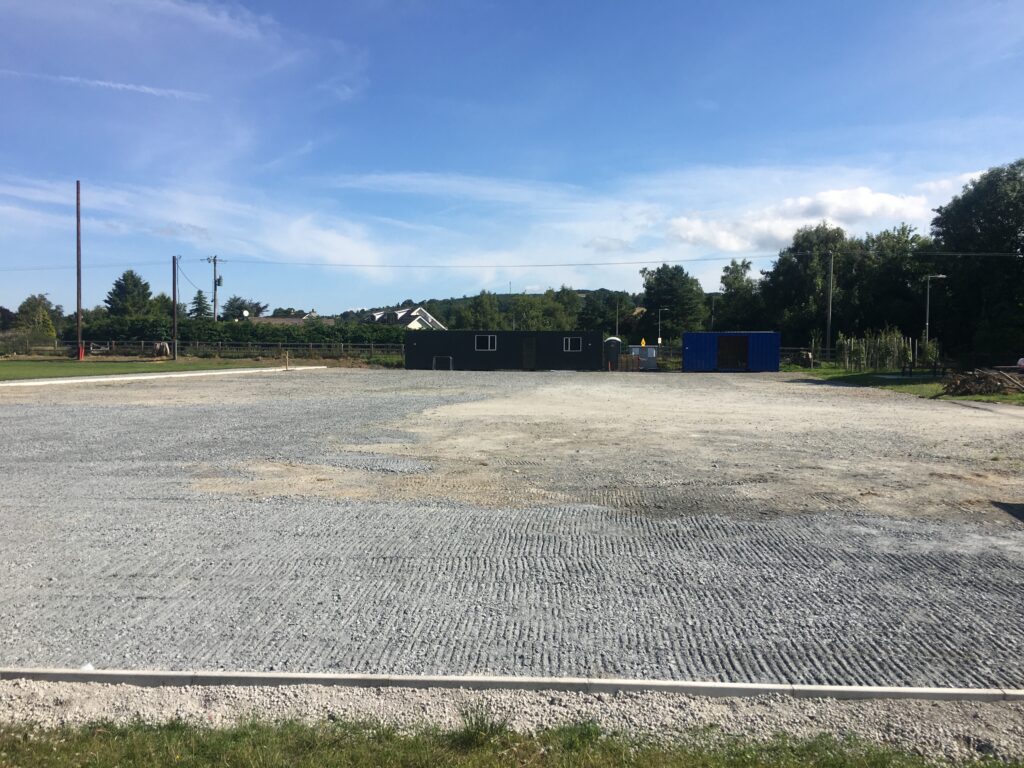 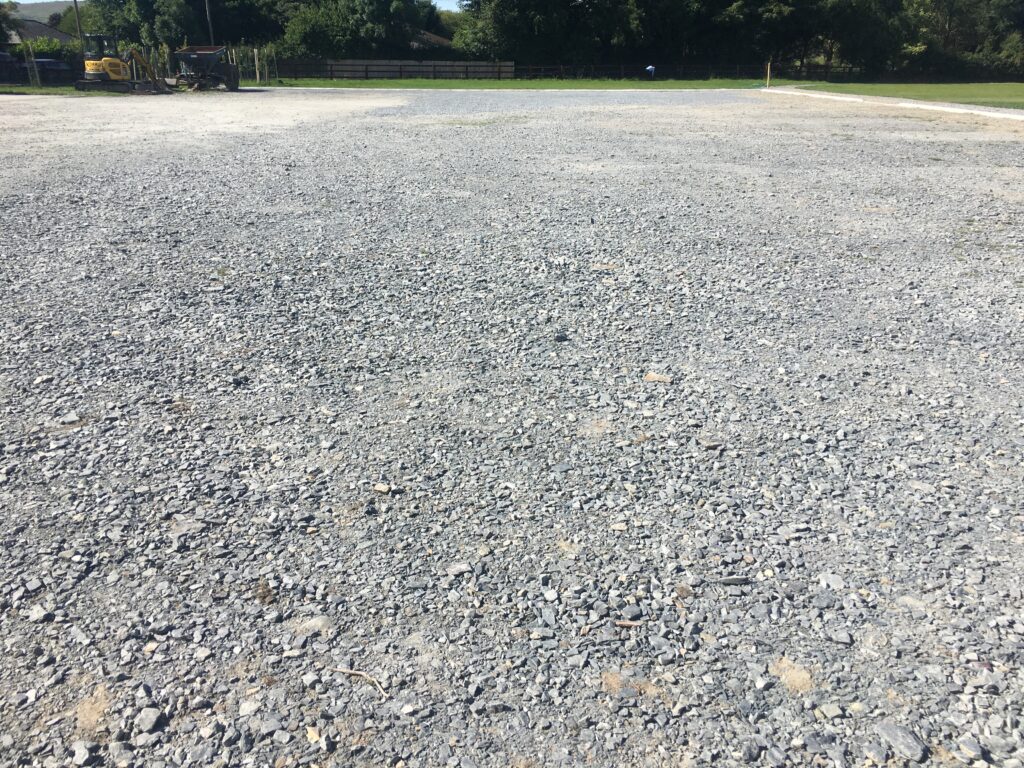 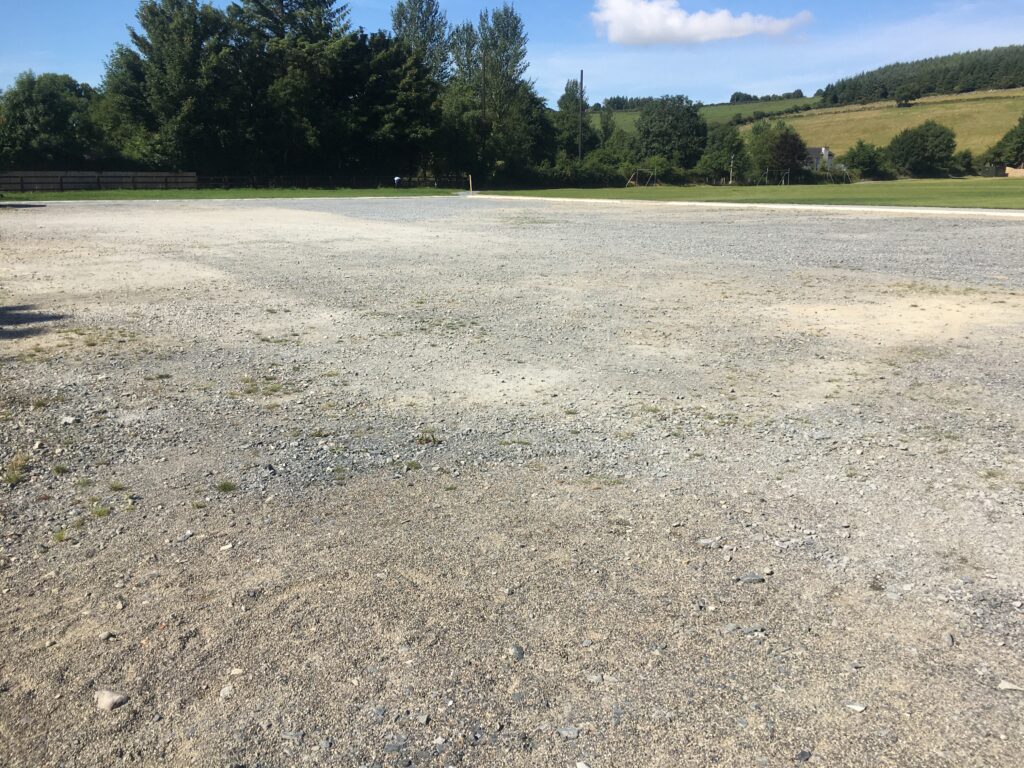 Another Grant for €1,435 grant from Sport Ireland and the Sport for All Disability Support Fund from 2022

You might think all we focus on in Kilbride are grant applications!! Well, there is an awful lot…

Quiz Night in Miley's Pub on Saturday the 25th of February from 9.30PM - All Welcome

Quiz Night in Miley’s Pub on Saturday the 25th of February from 9.30PM Team of four, tenner a…

Units moved onto pitch...all in preparation for the Car Park Tarmac Project which commences shortly...

With great sadness we announce the passing of former Kilbride player, Jim Cummins. Jim passed away on Monday…

The ideal Christmas present for the GAA supporter in your life. Purchase before Thursday 22nd December to avail…

Santa arrives in Manor Kilbride on the 11th of December at 12.30AM & Christmas Raffle

WORLD CUP FUNDRAISER IN AID OF THE PLAYGROUND FOR MANOR KILBRIDE

Well done to all last night especially Ethel Miley & Michael who manned the taps! And special thanks…

Club Race night in Miley’s Pub Blessington on the 12th of November at 9.30.  All funds raised are…

And the winners for Best Halloween Costume 2022 in Manor Kilbride is...

And the winners for Best Halloween Costume for 2022 are…Oisin McEvoy and the chap in green, we believe…

Halloween in Photos and Videos...2022 in Manor Kilbride...

Trick or Treat on the Club!

Trick or Treat on the Club! To all our Juvenile members, players and locals…Halloween today and we have…

The Club AGM was convened last Sunday, all motions were unanimously passed. The Club also agreed to support…

And the Club Car Park has just been fenced by Tommy Dwyer of Donard fame. Thanks Tommy, great job.

And the Club Car Park has just been fenced by Tommy Dwyer of Donard fame. Thanks Tommy, great…

Well done to all especially coaches Sinead Eustace and Donal Gahan. My player of the match was Lucy…

Poker Night – Great Night… With almost €3000 raised for the Playground in Manor Kilbride, fair play to…

Final Match of the season under 11's versus Shillelagh / Coolboy - this Wednesday at 6.30PM in Kilbride

Final Match of the season under 11’s versus Shillelagh / Coolboy – this Wednesday 6.30PM in Kilbride –…

Family Cycle this Sunday...Medals and Trophies have arrived - Register Today...

Please support the lads in Baltinglass…refreshments in Lizzie Keoghs Bar after the match.

UNFORTUNATEY – MATCH IS POSTPONED – Back after a long absence, try your best to support. The Ciaran…

After three years the Cul Camps are back in Kilbride with a sell out...over 60 kids

What a job...car park, pitch levelled and walking track completed.

As the Chairman of the Club, I can wholeheartedly and without any hesitation whatsoever recommend Dar Golf Construction,…

Coffee/Tea Unit Fitted out for Power

Thanks to Max Breen from the lads team who was hard at it yesterday, fitting out the Coffee/Tea…

Thanks to all the Clubs who travelled to Kilbride for Saturday's Go Games, great weather and some decent skills! Well done to the Kilbride Under 7's and 9's.

Thanks to all the Clubs who travelled to Kilbride for Saturday’s Go Games, great weather and some decent…

New Storage Unit Arrives and positioned top left of the site...thank you to Martin Murphy Haulage from Carnew

Sean Duffy Memorial Cup match versus Blessington is fixed for tonight Friday the 22nd of July at 7.30PM…

Big News within the Club, we can proudly announce that Boom & Platform Hire Ltd. are the new…

Walking Track Completed, Open to the Public and Other News...

The Walking Track is officially open to the public…see photos attached. The Pipe in the photos drains the…